St Joseph has today (Monday 3 August 2020) launched its 21-storey The Regent to market as the developer pushes forward with its Snow Hill Wharf neighbourhood in Birmingham’s Gun Quarter.

The market launch sees St Joseph – part of FTSE 100 Berkeley Group – reveal details of The Regent for the first time. The landmark residential building, which stands at 182m AOD, features 108 of the 420 homes at Snow Hill Wharf – breaking the record for the tallest ever residential apartments to be sold in Birmingham’s historic Gun Quarter.

The decision to launch the final phase of Snow Hill Wharf, which is St Joseph’s first development in Birmingham, signifies its confidence in the city’s property market.

Recent comparisons from real estate firm, Rightmove, reveals that within Birmingham’s Gun Quarter and wider B4 postcode the demand for homes has led to sold prices increasing by 23 per cent on the previous year.

In its Birmingham Report released in March, property consultancy Knight Frank highlighted the demand for homes in the city – forecasting that residential property prices in Birmingham, and the wider West Midlands, will rise by 13 per cent over the next five years. The consultancy also predicted rental prices to increase by 10 per cent in the same period.

Ashley Kensington, Managing Director at St Joseph, said: “St Joseph believes in the long-term resilience and growth of Birmingham, including its property market. This was one of the main reasons why we committed to regenerating parts of the city, creating new homes for communities to thrive.

“Snow Hill Wharf has been met by high-demand, with buyers recognising Berkeley Group’s quality and sharing our vision for Birmingham. The future for the city is bright. Major infrastructure projects are underway and global businesses are relocating their offices here, such as BT and HSBC, which is encouraging more professionals and those living internationally to come to Birmingham.

“This market launch sees St Joseph finally reveal The Regent. As the jewel in Snow Hill Wharf’s crown, it features a mix of one and two-bedroom apartments, offering panoramic views of Birmingham’s evolving skyline.”

St Joseph has confirmed that The Regent will feature two penthouses. The two-storey rooftop apartments – scheduled to launch to market later this year – will be amongst the most luxurious ever sold in Birmingham’s city centre.

Alongside The Regent, St Joseph has also brought forward the 84 remaining homes at Snow Hill Wharf to market. This follows strong buyer demand with over half of apartments at the canal side neighbourhood purchased ahead of first completions in Q1 2021.

The development’s market launch will be led digitally due to the coronavirus. St Joseph has rolled out a virtual system that enables potential buyers to tour the neighbourhood. The interactive technology allows users to experience the apartments, gardens and communal areas in 360 degrees, alongside the different views from all 420 homes. 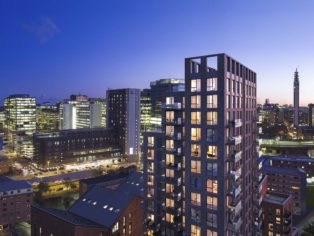 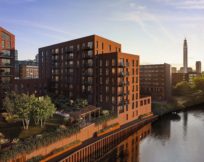