Salvation Army Housing Association (SAHA) was set up during the 1950s in order to manage the administration of housing newly retired officers. Since then, the charity has evolved and is committed to “Transforming Lives” of the community, a key part of that being to help house the multitude of people in need.

The Old School in Ashford, Kent, is a Grade II Listed property that provides housing through the SAHA. The buildings needed upgrading as the thin cavity double glazed windows were draughty and unable to retain the heat efficiently. Providing a suitable solution for this required some consideration, as the primary windows could not be replaced.

However, an answer was found with Selectaglaze secondary glazing which is fitted to the room side of the window, is a reversible adaptation and approved by most Heritage bodies for use on Listed buildings.

Many of the windows were shaped with gothic style curves and trefoil, which presented Selectaglaze with an interesting challenge. The use of a 3D digital measuring device allowed the openings to be modelled with precision which enabled the best possible fit for the bespoke units. This together with high performance seals helped to virtually eliminate unwanted draughts and provide a more comfortable living space for the occupants.

An added benefit of secondary glazing is the reduction of outside noise. When there is a 100mm cavity between the primary and secondary windows a sound reduction of about 45dB is achievable.

Over 100 secondary units were installed using five different Selectaglaze products, all in the slim-line range which are ideal for Heritage projects. They introduce minimal sightlines and are designed to be as unobtrusive as possible.

Selectaglaze has a wealth of experience working on all manner of building styles, from Listed to new-build. Established in 1966 and Royal Warrant Holders since 2004, it has an extensive product range to suit most buildings to aid in making them; warmer, quieter and safer. 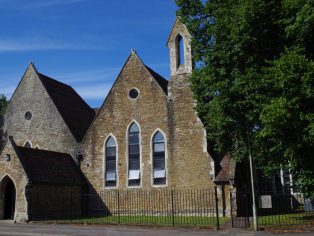