MVRDV’s first high rise project under construction in the United States has topped out. Radio Tower & Hotel reflects the diversity and vibrancy of the existing fabric and communities in New York City’s Washington Heights neighbourhood. Located on Amsterdam Avenue between 180th and 181st Street, the 22-storey mixed-use high rise combines hotel, retail, and office functions. The brick-clad design takes the typical composition of a small block in the neighbourhood, pulls it apart and then reassembles it into an asymmetrical stack of colourful boxes with openings and roof terraces.

Developer Youngwoo & Associates challenged MVRDV to design an innovative project that accommodates a large volume of programme while fitting the surrounding context – a challenge that was solved through the project’s distinctive massing and colourful exterior. The building’s design draws inspiration from the diversity and vibrancy of the existing neighbourhood, which is home to a mix of families, creative professionals, and institutions.

Each of the eight boxes are being finished in a different colour ceramic brick to create carefully detailed and beautiful façades that draw hues from street-level storefronts up to the sky. Combined, the building’s external elements form a condensation of the characteristics unique to Washington Heights’ existing urban fabric. Filling a local need for hotel space, the 212-room hotel will serve as an important hub for events hosted by the local communities and for those travelling to the New York Presbyterian Hospital and conferences hosted by the Yeshiva University and, both of which are located nearby.

“Our intention with Radio Tower & Hotel was to become a part of – to strengthen, even – the character of a neighbourhood that is wonderful in its colour, diversity, and atmosphere”, says MVRDV founding partner Winy Maas. “Now that the structure has reached its highest point, we start to see the ‘vertical village’ coming together, with the blocks of different sizes. Washington Heights is the fifth largest New York neighbourhood with a population of 150,000 inhabitants, a mixed-use building like Radio Tower & Hotel is a first for this neighbourhood. Our building shows that new high-rise developments don’t have to overwhelm their surroundings and be disconnected from their neighbourhoods. They can be a good neighbour, a friendly neighbour, instead. It makes for a colourful, welcoming sign on the thinnest part of Manhattan.”

Inside, Radio Tower & Hotel provides an answer to the area’s need for a diverse range of hotel rooms, workspaces, event spaces, and retail units. The event space located in the building’s blue volume will add a facility that did not previously exist in the neighbourhood, offering the community a space to host weddings and other parties. The ground floor functions are positioned to support an active street level, and the hotel entry leads to a publicly-accessible ground-level courtyard, recognizing the importance of high-quality outdoor space in neighbourhoods and communities.

The topping-out of the building offers a glimpse at the spectacular views it commands of lower Manhattan. Upon completion, several roof terraces will provide space for outdoor events and offer users – from hotel guests and office tenants to visitors making use of the event space – the chance to enjoy the views for themselves. Construction of the building started in November 2018, and completion is expected in 2021.

MVRDV is collaborating with executive architect Stonehill & Taylor and a team of experts including Workshop APD for interiors, Cosentini Associates for building systems, GACE for structural consultation, CANY Technical Services for façade engineering and Filament Hospitality. 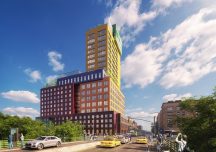 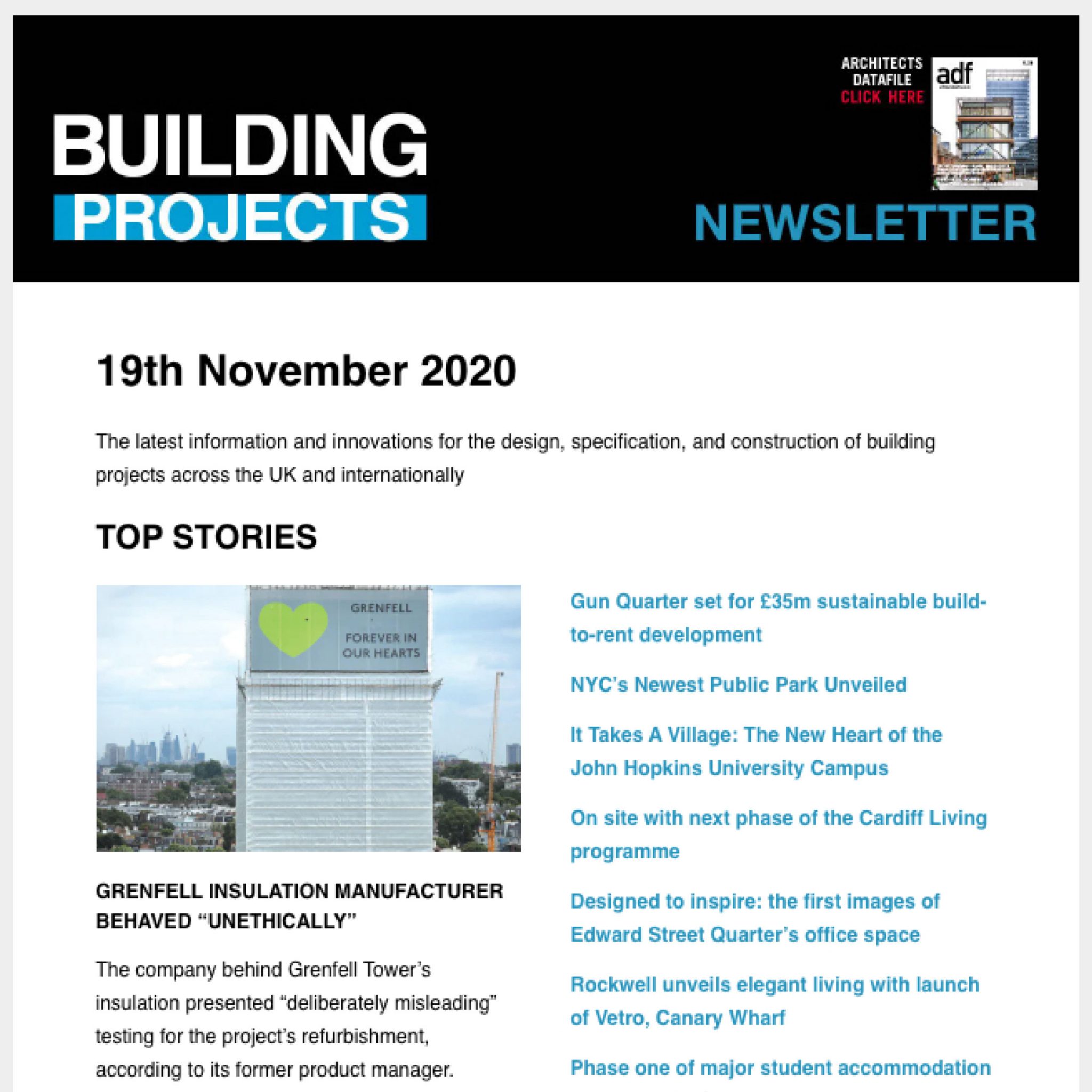