In September, natural ventilation, daylighting and cooling specialist Monodraught supplied and installed free of charge a number of its natural ventilation and daylighting systems to ‘The Little Miracles’ Project as part of BBC’s charity ‘Children in Need’ featured in the BBC One special programme ‘DIY SOS: The Big Build. The systems were used as part of a life changing transformation to the centre for disabled children in Peterborough.

Little Miracles is a Peterborough-based, parent-led centre support group and charity for children with additional needs, disabilities and life-limiting conditions. Set up by Michelle King in 2010 after she was refused access on public transport because of her son Oliver’s medical equipment; Little Miracles now helps 700 families and has over 2500 children registered to use the centre. What started out as a coffee morning for mums with similar issues quickly became a registered charity and a lifeline to the many families that use it. A staggering 83% of the families that use Little Miracles live below the poverty line, so all services are free-of-charge and, for many of the children that use the centre, Little Miracles is the only place where they are able to communicate freely, make friends, and most importantly – be themselves.

Built in Peterborough in just ten days in September, the Little Miracles site was erected on a gifted 2½ acre site, which includes an old, run down concrete prefab. While the new site is bigger than the Charity’s previous property, its existing building was not fit for purpose and had the potential to cause significant problems to many of the families who desperately rely on the help given by Little Miracles. There were no disabled toilets, access ramps or changing facilities, and the existing climbing structures were unsafe and condemned. The building contained asbestos, was not secure and had none of the sensory equipment so many of the children depend upon.

Monodraught’s contribution was to supply and install three WINDCATCHER® X-Air 140 natural ventilation systems complete with an iNVent® fully-automatic control system, to provide natural ventilation to the Main Hall. In addition, nine 300mm diameter SUNPIPE® natural daylight systems were supplied and installed to serve the main corridor next to the “living wall” and toilet areas.

All of the systems were donated and installed free-of-charge by Monodraught. A team of four installers and a project manager completed the installation in just two days, amongst all the other activities involved in completing a brand new building from the ground up in less than two weeks!

“To say it was chaotic at times would be an understatement. Monodraught, and in particular all of the engineers involved in this project, are proud to be associated with such a great cause.”

The top cappings and skirts of the three Windcatcher X-Air units were finished in different colours – one red, one yellow and one orange; and all the louvres were painted grey.

Set to be one of DIY SOS’s biggest builds yet, the show needed to demolish the existing space and build an entirely new centre using a timber frame structure. Essentials included full wheelchair access, a dedicated sensory room, space for counselling, an office, workable disabled toilets, a working kitchen and an area for the kids to eat, along with distinct spaces for both the young and the older kids that attend the centre. In addition, the centre was set in two and a half acres, with woodland, antiquated climbing structures and a football pitch, whereas the children needed a safe space to play with accessible equipment, sensory stimulation and space to run around. 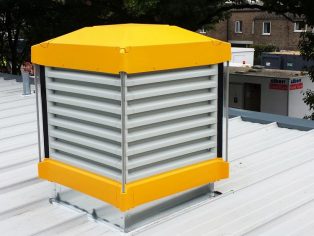 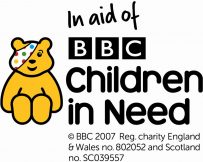