Zaha Hadid and the Black Cultural Archives were honoured today at the New London Awards at an exclusive ceremony in the Guildhall. The annual awards organised and held by New London Architecture celebrates the best designs and developments that have recently completed or are currently underway in the capital.

The world-famous architect behind the London Aquatic Centre and the Serpentine Sackler Gallery collected the award for New Londoner of the Year for her contributions to the London design industry through her work, both in the UK and abroad, and her role as a champion of design to both the government and the general public alike. Zaha Hadid follows in the footsteps of previous winners such as Lord Richard Rogers and Roger Madelin of Argent.

The Black Cultural Archives in Brixton saw off stiff competition from much larger new-build developments to be crowned London’s best new building. The project saved the historic Raleigh Hall from demolition and created a new home for BCA’s extensive archives dedicated to black heritage in the UK. This sensitive restoration proves that true design innovation can be found when saving a building from demolition and repurposing it for the local community.

Another noteworthy winner is the Garden Bridge by Heatherwick studio, which was crowned the best forthcoming scheme in the Transport & Infrastructure category. Designed by Thomas Heatherwick, the famed creator of the Olympic Cauldron and the new Routemaster London bus, the scheme was celebrated for providing the potential to help transform London for the better; and is arguably the most discussed future project in the capital. The international jury from Paris, New York, Edinburgh and Stockholm were unanimous in their decision.

The masterplan for Blackhorse Lane in Waltham Forest, by young practice We Made That picked up the inaugural Mayor’s Prize. Honoured by Boris Johnson, this inspiring scheme redefines the streetscape, shops and navigation of the area, whilst supporting the diverse enterprises in the region. The masterplan demonstrates the wealth of projects that are taking place throughout London and that investment and development is not just confined to the centre of the city.

Other winners at the event included the Ham Yard Hotel by Woods Bagot and the future extension to Alexandra Palace by Feilden Clegg Bradley, who were awarded the Homes & Hospitality and Public Buildings titles, respectively.

The major regeneration of the National Theatre by Haworth Tompkins picked up two awards, as the built winner of the Public Buildings category for its contribution to the ongoing regeneration of the South Bank, and also a special award for Commissioning Excellence, recognising the client’s considered approach to redeveloping this key London institution.

The new Foyles store claimed the Retail category whilst the newly completed King’s Cross Pond Club narrowly missed out on the Temporary award, which was presented to The Green Room. Celebrated for its ‘untemporary’ approach, the project was a collaboration with the National Theatre to create a restaurant, bar and garden. 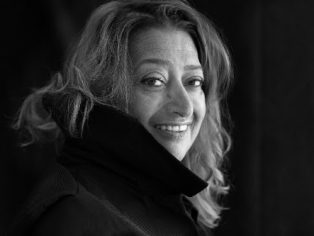