The plant was awarded the World Gold Winner prize in the industrial buildings category for its outstanding environmental performance and the high architectural quality of the plant buildings. The FIABCI represents the world’s real estate professions and its annual World Prix d’Excellence recognizes state-of the-art architectural projects in several categories from heritage buildings to residential and office constructions.

“The jury was impressed with the very unique building design. The whole complex is built compactly occupying only minimum arable land to enable sustaining agricultural activity. For a heavy industry and its reputation as the most modern cement plant in Europe, the project is exceptional for being environmental friendly.”

“We are proud to have received this important award. Kiralyegyhaza was the first new greenfield cement plant built in Europe in 20 years and is the most modern cement plant of LafargeHolcim in Europe. The plant is a prime example of how we were able to combine superior operational efficiency with high environmental performance in an architecturally unique plant building.”

The plant’s state-of-the art manufacturing equipment was designed to meet the highest environmental standards. Since the start of operations LafargeHolcim has continuously worked to further reduce the environmental impact of the plant. As a result, both CO2 emissions and power consumption have been reduced by more than 20 percent over five years. The Group also significantly increased the use of alternative fuels in the production process. Today, almost 60 percent of the plant’s thermal energy needs are met by using alternative fuels thus significantly reducing the amount of fossil fuels needed.

At the same time, the plant with its clean lines and contrasting materials shows how an industrial building can meet high aesthetic standards while fulfilling all functional requirements. The facades are dominated by stripes as the recurring and connecting elements while the use of limestone in both external and internal areas provide the architectural connection to the key raw material for the production of cement. 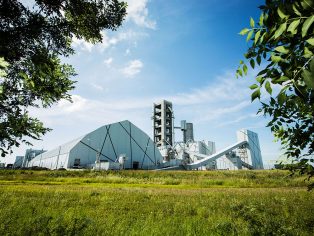 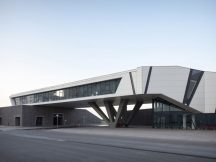 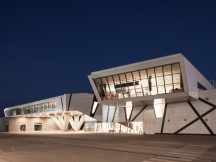 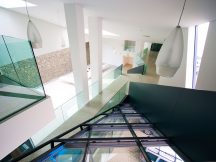 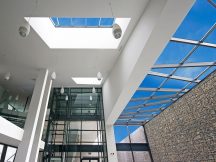