With the continued chronic shortage of housing, Jeremy Lee, Sales Director at Aggregate Industries’ Building Products Division, looks at where the problems lie; the impact this is having on suppliers; and how they need to adapt, should they wish to survive.

The chronic shortage of homes in the UK is a well-documented issue. Currently Government believe that housebuilders should be building between approximately 250,000 to 300,000 new homes a year* – in England – just to make up the deficit. In the first three months of 2017, 43,170 homes were started and 39,520 were completed, according to figures from the Department for Communities and Local Government. So, while things are moving in the right direction, they are still a long way off the target.

There are many reasons for the slow rate of housing. The bureaucracy of the planning process has also been blamed, made worse by the lack of resources in local councils to speed the process up. When new homes are eventually given the green light, developers then have to deal with the shortage of skilled workers in the industry – an ongoing issue that shows no sign of being solved soon.

So, what does this mean for building materials suppliers, who rely on the success of this industry to survive? Given the need for new homes, and the spotlight the government has placed on closing the deficit, you would think it means big business. However, the uncertainty on building levels has provided its own headaches for the industry.

It has been particularly hard for building materials suppliers to forecast the supply and demand of their products. This has only become more difficult with Brexit negotiations leading to a cautious market. Without having a clear idea of how many homes will be built in any one quarter, how do you ensure you create enough product? By creating a surplus, you risk it lying idle. You only need to look at the example, a couple of years ago, when an unexpected surge in house building led to a delay and shortage in the supply of bricks. This was compounded by the decommissioning of kilns after the recession. This delay in supply was then used by some to unfairly blame the suppliers for the slow build rate.

So, what can building material suppliers do while they wait for levels to rise? One option is to look at ways to innovate your business and products. For example, can your product development team design new and alternative products with a quicker manufacturing time, should a surge in building occur again? Or why not research new markets you can expand in to, so you aren’t so heavily reliant on this one sector?

We are seeing self-build modular or pre-fabricated homes touted as the saviour to the housing shortage, particularly the affordable housing sector. It seems most of Europe is already ahead of the UK when it comes to this model, using Holland as an example, where approximately 16 per cent of all new homes built are self or custom-built, compared to just 8 per cent of homes in the UK. Could suppliers adjust their business model to take advantage of this growing market?

It’s fair to say that the government is looking at ways to kick start house building and tackle under-supply of housing with a commitment of circa £9 billion to stimulate an increase in annual housing volumes over the next three years. This includes a £1.5million Home Building Fund announced in the 2017 Budget, which will go towards supporting small to medium sized housebuilders to build homes – limiting our reliance on the large housebuilders. £1billion has also been set aside for councils, to help them build new affordable homes.

To ensure this investment is well targeted, the government will support more strategic and zonal planning approaches through housing deals. It will also bring together public and private capital to build five new Garden Towns. Although these towns will bring in thousands of new homes, it’s still not enough to close the gap.

It’s clear that the housing shortage is an ever evolving issue and many of the government’s proposals will need to be consulted on, and then implemented, so it’s unlikely we’ll see any significant upturn in the next couple of years. That’s why it’s important for building materials suppliers to adapt if they wish to survive.

For further information on Aggregate Industries, call 01285 646900, e-mail building.products(Replace this parenthesis with the @ sign)aggregate.com or visit www.aggregate.com 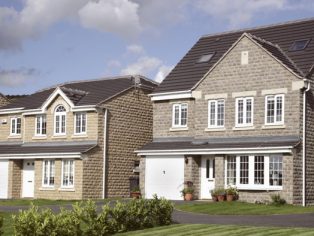